“We have doubled our turnover”

Who isn’t curious how things are going in Rhenen, about six months after the introduction of the new animal residents? After the spectacular landing of the pandas Xing Ya & Wu Wen at Schiphol, the special animals have been in the news a lot. We also heard a lot of rumors; the most bizarre ones did the rounds. We at Pleisureworld were curious about the real story and spoke to Robin de Lange, who has been working as the director of the park for fifteen years now and has been involved (from almost the very beginning) in the years of preparations to make the arrival of these two pandas possible. It is not entirely coincidental that in recent years I have spotted pandas in zoos of Singapore, Beijing, London, Edinburgh, Brussels and Berlin, and now also in our own country. I was even approached by foreign media in leisure as the ‘Panda Expert’. In this article, we take you on the adventures of Robin de Lange and the story behind the success of the Dutch pandas. To do so, we start at the beginning; long before the arrival of these ‘crowd attractors’.

There was a long way to go. Robin says: “When I started as a director fifteen years ago, I found out this zoo had a pretty overdue maintenance. We chose to operate the zoo in a whole new way. The most outstanding side of it was that money had to be earned first. So, we first focused on commerce. Once that was set up, we were able to free up funds for the main goal; that’s why there is a zoo at all.”

More than just to inspire visitors for the love of nature

Worldwide, there is a total of 25 zoos with pandas spread across only 17 countries. That already shows how special it is for Ouwehands Zoo Rhenen to be the only one in the Netherlands now. Robin: “That took fifteen years of hard work and lobbying. I believe I have been to China more than 25 times. Without the accumulated friendship bond, this would never have been realised. It is a dream of our sole shareholder and owner Marcel Boekhoorn, who has always believed in this and the dream has now come true.”

We are celebrating 85 years this year. In recent years, we had major leaps forward thanks to huge investments, such as building the unique gorilla enclosure. We consciously choose to maintain endangered species; such animals are given priority by us. As a result, other animals that are not threatened with extinction will have to make place. Like for example camels and yaks.

Our mission is based on four goals: contributing as much as possible to conservation projects, maintaining endangered species, education and information for our visitors and scientific research in collaboration with the Wageningen University. Did you know, for example, that we contribute no less than € 1.000.000, – per year to the official panda conservation project?”

Turnover: more than doubled thanks to the pandas

It was a huge media hype. Trending topic on Facebook and Twitter, hits on Google were enormously high and more than two hundred journalists, television stations, radio stations and photographers witnessed the spectacle arrival at Schiphol Airport. It seemed like we had won the world cup; there was so much interest in transporting the two pandas to Rhenen. “The profits of this media attention cannot be expressed in money. In one swoop, we became the most famous zoo in our country. We have also taken a serious approach to this investment in millions, for example by buying a complete building from China and building it here. Our hospitality is matched to the experience, with the presence of a Chinese cuisine and freshly prepared stir fry dishes.” Nevertheless, the number of visitors has not doubled and the extra overflow parking place has only been used twice. How does this doubling of turnover been defined? “We have received about 20% more visitors. The biggest growth comes from the increase in sales: we stopped with discount campaigns. Limited dynamic pricing is applied with different rates for weekdays, Saturdays, Sundays, public holidays and holiday periods. The number of business events has grown enormously and the school trips have also grown immensely. Apart from that, I have been booked fifteen times this month as a speaker to tell the unique story of the Panda Experience.”

“What we didn’t expect is that our F&B would also increase throughout the park. At the exit of the Oriental restaurant you have to walk through a huge Panda-store with the most original attributes with a panda image, and of course thousands of plush stuffed animals. Of course, the parking income also increases and we hope the growth isn’t over yet. We also work efficiently: because we let as many visitors buy online tickets as possible, we know in advance how busy it will be and we can set up the organisation accordingly. We only have about 80 permanent employees and more than 250 temporary employees.” A zoo must be fun

“The forefronts of our mission are never shown at the front of our marketing. You must organise things so you can deliver the message by making it fun. We do this in different ways. As with most of our fellow zoos, we naturally offer packages for speaking arrangements, treasure hunts through the park, we have guides walking around and there are driving exhibitions throughout the park. You can meet Bamboo Bill with his friends at different times, such as in the family show “The story behind Pandasia.”

A huge success is our large glass covered ‘RavotAapia’; a real indoor nature playground with water and sand and where a monorail runs through the air. Even animals live there. We also choose our own style with our events. You will not see Halloween at Ouwehands, but for example a Christmas brunch, a Kidsparty between the animals and Ouwehands Winterland. We can also be seen on national television with the ‘Jungleclub’ on RTL 8.”
Another innovation since the beginning of this year, about which you hear less, but which is special: ‘Children farm Onky Donky’, especially for children with a disability up to the age of 12 years. Parents, carers and other family members can escape here from the hustle and bustle of the zoo. What else has Pandasia brought to you?

“Apart from the increase in sales, Pandasia has brought a lot more. Think of the internal motivation of our employees to be able to work at the only zoo in the Netherlands with such a great international reputation, and it has given a huge boost to all organisations working together with us. The brand awareness in the Netherlands and abroad has increased for Ouwehand Zoo. The visits of Dutch Chinese people have increased enormously, just like the Belgians and Germans. Did you know that visitors are aware of the fact that they may not only see pandas in person for the first time, but also for the last time? Visitors thereby realise the importance of preserving the species. And that’s the moment when our visitors are getting mindful of our goals.”

We visited the park on Saturday, November 25, during the event ‘Ouwehands Park van Sint’. The entire park was best placed in the right atmosphere. Everywhere there were ‘Pieten’, music and theater. A big compliment for creating the optimal sensation and cozy atmosphere. The panda accommodation is located in an original Chinese building with top F&B at affordable prices. I would like to see much more of this quality in gastronomy at a zoo or amusement park! Queueing has long been the no 1 guest complaint around the world. For say 100… 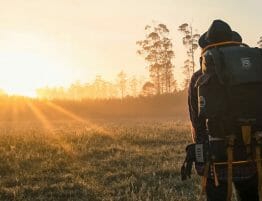 Trend Spotter Nr.8 Spending your holiday sleeping in a tent or in a farmer’s shed… We had the opportunity to visit two international congresses the last month! One congress was… The first VR Park and Theme Parks without visitors! I was visiting Dubai again this… Leisure activities are the newest moneymakers With my company Mega Sport, I was a manufacturer…