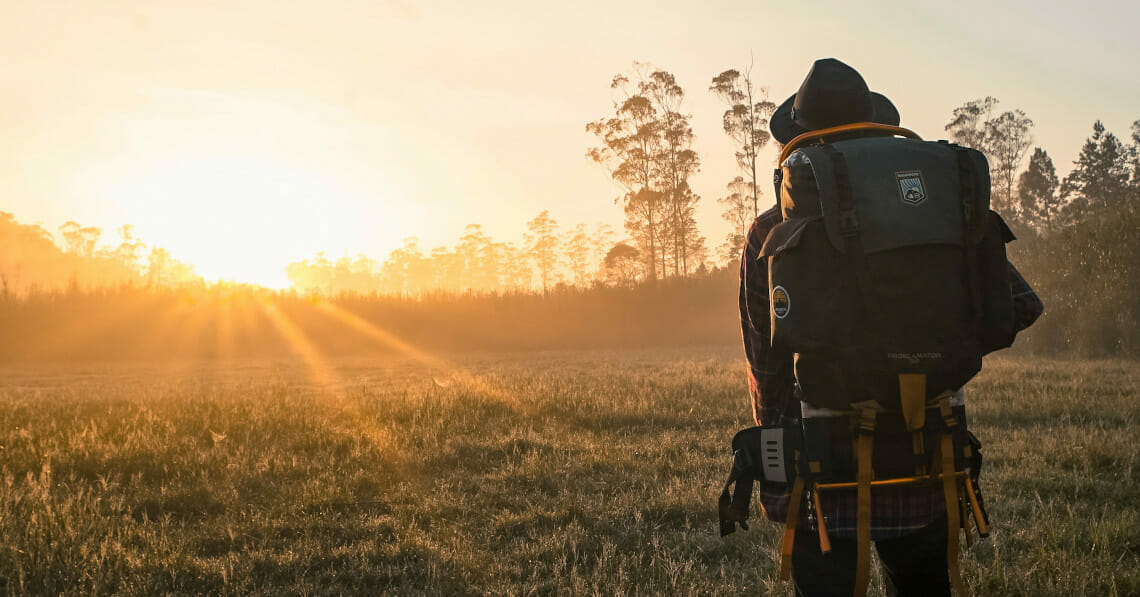 To serve 38 campings in 11 countries – how does my working days look in these times? I came home from my last business trip March 2nd. Ever since I am free from travelling which is mostly unusual. Never before in my business life I have had so many skype- and google-hangout-meetings like right now. I’ve got a skype conference call each week just with the 7 members of the board of directors of LeadingCampings of Europe. We exchange the different developments in the respective countries. The most important outcome will be summarized for a posting in our intranet for all the Leading entrepreneurs. Currently I am unable to go and visit our new member L’Anse du Brick in France where I should be for an initial training on Leading issues. We also have cancelled our annual central staff training that had been scheduled for May 5 to 8. Despite of all this – I am not employless, there’s a lot to do. The general slowdown indeed can also be a benefit, writing concepts is easier in a calm surrounding. And we have a big project in the pipeline that I will be lucky to unveil another time.

Are all Leadings forced to close their campgrounds? Unfortunately Europe has suffered from being divided into small sections, vulgo: nations. And especially Germany has executed the same afterwards along its federal structure. Very similar did the Dutch react, where we have Provincies with closed and Provincies with open campgrounds. Maybe we have lost valuable time. Looking back it seems that we could have fenced the crisis more effective. Italy has got the very thankless task to be the first European state affected massively. We all could have learned much more out of it. Given all that, the European map is quite confusing, but as a matter of fact one after another LeadingCamping had to close – some bit by bit, that means first the restaurant and the wellness and others de facto, because: If touristic overnights are forbidden or if you can’t reach an island any more, then even an open campsite does not make any sense. Some Dutch and some Danish campsites stayed open for domestic tourism. This all was „bumpy“ in the way of progress – In the winter sports resorts the closing order came without any warning from one day to another and the restaurant kitchens just had purchased food according to the booking lists. Campgrounds opening only for the summer season have postponed their opening dates and now it looks like if these dates will be moved to even later once more.

Do the campsites have enough savings to cope with this cloisure? This is currently still the case. The sites make use of their permanent staff for renovation and maintenance. But yes, there are also retired working contracts and the general cut of any payments in order to secure the company. This happens not only in regard of the campgrounds but also in regard of preferred partners such as Citygolf of Sweden. This affects of course the budget of LeadingCampings heradquarters. We now run on an emergency budget as we decided tom waive the sencond tranche of membership fees that usually is invoiced in September. Everything depends on the duration of the shutdown and the total absence of touristic travel. The fixed costs are enormous and some of the members have to pay off huge investments. They depend from the co-operation of their banks and the goodwill gestures of the governments, i.e. in regard of salary payments. It is clear that 2020 will be a very bad year for seasonal workers.

Do you have ideas about life after Corona? We love to think about life after Corona because we do not like to wallow in self-pity but look forward. Firstly it is all about a realistic assessment of the situation. Optimists predict that we will get at least a piece of the summer season cake. Pessimists claim for massive turbulences until late autumn which seems to be synonymous to missing the entire year. We will know afterwards what‘s true. It stays a matter of fact that not only the factor time is crucial but also how much economy as a whole thing will be affected, how deep the stock exchanges will crash, how hard the recession will be, how many people will become unemployed and how big the inflation will be afterwards. In brief: Will people be able to afford holidays soon after? And will they have holidays left over or did they consume it for homeschooling and caring their kids? I personally strongly believe that camping is the first form of tourism to recover. The tent, the caravan or the camper are waiting at the door and the financial hinders of a camping holiday are not that big. I am totally sure that people long for going outdoors, feel the freedom as soon as the time they have been hostages of the virus are over.

Are you suffering from cancellation refunding? Yes, we are. We would appreciate a European wide regulation that would allow us to send a voucher for the next reservation instead of refunding in cash. This would assure liquidiy. Just to explain the dimensions: Refunding from Easter holiday cancellations summed up for a mid-size German member campground of our group by last week to  300,000 Euros and very big campground in the South 1.7 Millions. This money cannot cover running costs any more, in the first row salaries. Of course we see that there are many people right now who are in fact in need of that money due to their own cutting of salaries and income. These guests shall get their money back also in future. People who currently still can afford to leave us the deposit are really supporting us at the moment. The money isn’t gone, just parked – either they use it for a later holiday or they claim for refund at a later date.

Acts of solidarity – part 1 Tourism agencies and campground owner associations support in many countries of Europe the call for „postpone instead of cancel“. Solidarity among our regular guests is quite high. Many accept the offered vouchers instead of a refunding by cash and they help us really by doing so. It is an voluntary act and the vouchers are not more than an offer as long as their is no legal regulation about it. Some campground such as La Marina Resort in Spain, Costa Blanca, sweeten the acceptance of such a voucher by offering a discount on the postponed booking. Non-regular guests react only by 20% positively to the voucher solution. The majority prefers to get their money back – and without any discussion they get this money refunded.

Acts of solidarity – part 2 Solidarity is not a one-way-street. Bonus points on our loyalty system „LeadingCard“ usually expire 3 years after being added if not used in the meantime. We have suspended this routine previously until June 30, 2021 in order to not penalize our loyal guests. Moreover, we also prolong the validity of overnight vouchers given out by partners, i.e. during the Dometic Comfort Weeks. No guest who now is hindered to make use of it due to the corona-caused closings shall loose the goodie.

Acts of solidarity – part 3 Remarkable actions are released in Italy and Spain, the countries hit the most severe by the Corona crisis. As well in Cavallino as along the Spanish Mediterranean Coast the campgrounds offer free vacations to physicians, nurses and related hospital employees – to be reimbursed once it will be possible again. This is a very concrete Thank You to the devoted engagement of the medical helpers, the more, if you take into account the huge financial loss that the campgrounds suffer under Corona.